Sustainable travel is increasingly important to today’s travel lovers— and yes, it is possible. Here are five inspiring destinations that offer eco-friendly options.

Whether it's whale watching in New Zealand or visiting an orangutan preserve in Malaysia, exploring the world and having a great big adventure can go hand-inhand with protecting the places we visit.

Ecotourism, also called responsible tourism, involves low-impact behaviours that benefit the local environment as well as the economy. The goal is for travellers to leave the natural areas they visit better than they found them. There’s also usually an educational component where travellers learn about conservation efforts or observe local wildlife.

How do you get started? When it comes to choosing a reputable ecotourism operator, look for three characteristics: sustainable business practices, a commitment to community development and environmental protection. Then it’s about choosing a destination that appeals to you, keeping in mind that how you get there also impacts the environment. 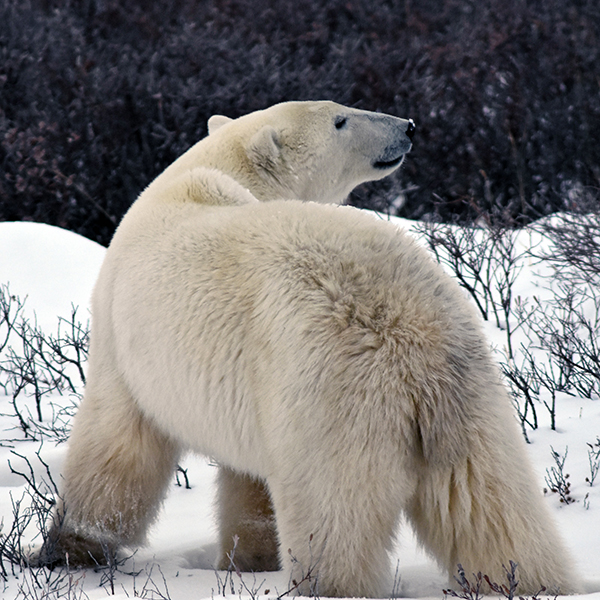 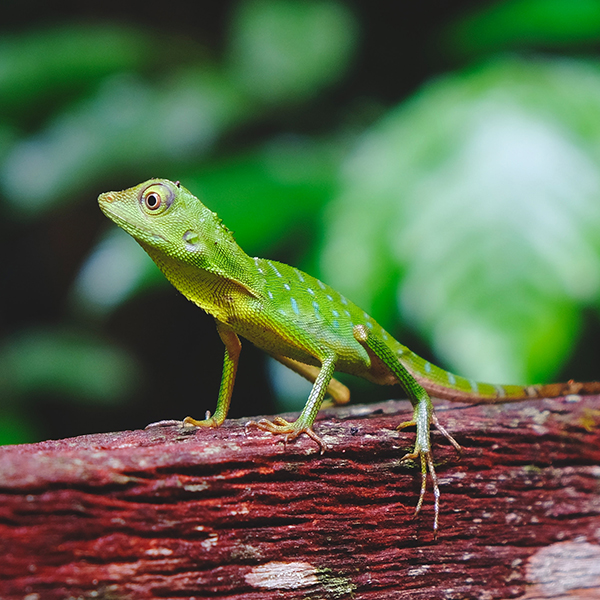 We’ve rounded up six ecotourism destinations from around the world, starting with two right here in Canada.

1. Churchill, Manitoba Situated on Manitoba’s Hudson Bay coastline, the town of Churchill—population 900—is known as the polar bear capital of the world. Every October and November, polar bears begin moving toward the shoreline, waiting for the water to freeze so they can venture onto the ice to hunt seals. Their migration attracts about 1,000 visitors each year. Churchill is uniquely situated at the intersection of three biomes, or ecozones: marine, boreal forest and tundra.

In addition to polar bears, visitors can observe beluga whales, arctic foxes and a wide variety of birds, hares and wolves. There are a number of ecologically minded tour operators in the Churchill area.

CAA’s own Extraordinary Explorations offers a four-day polar bear excursion that includes a guided expedition into the tundra. When selecting a provider, be mindful of the principles of ethical wildlife viewing: be as quiet and unobtrusive as possible to avoid agitating or disrupting the animals.

Travel from Vancouver by air and then by boat to the community of Klemtu, situated within the Great Bear Rainforest. Depending on when you visit, you could glimpse grizzly bears, black bears, whales, marine mammals and the annual salmon run.

Roughly half of Spirit Bear Lodge guests are lucky enough to lay eyes on the lodge’s namesake, the rare spirit bears, which are actually black bears with a whitish coat that is the result of an unusual genetic trait. Along with wildlife, a visit to Spirit Bear Lodge includes the opportunity to learn about sustainability through the eyes of the Kitasoo Xai’xais peoples, two distinct tribal organizations who have inhabited the region for thousands of years.

The land is managed according to the principles of stewardship and sustainability to ensure that future generations will benefit from its abundant natural resources. Spirit Bear Lodge is one of the country’s best examples of conservation based ecotourism, employing nearly 10 percent of the local population and strengthening the community’s cultural and economic fabric since it was built in 2007.

3. Okavango Delta, Botswana The Okavango Delta in northwest Botswana, a UNESCO World Heritage site, is known as “the place of plenty.”

Situated in the heart of the Kalahari Desert, the delta is incomparable, with its lagoons, channels and islands—all teeming with wildlife. In addition to the “big five” (lions, leopards, elephants, African buffalo and rhinoceros), the delta’s two million hectares of floodplains are home to hippos, topi, blue wildebeest, giraffes, Nile crocodiles, cheetahs, antelopes and more.

Accessible only by air, the park incorporates 17 vegetation zones and is particularly recognized for its soaring limestone pinnacles. The park’s namesake, Gunung Mulu, which means Mount Mulu, is the highest of the park’s three peaks and composed primarily of sandstone. The pinnacles can be seen by trekking up to the slopes of Mount Api, which is the second-highest peak. The park’s Sarawak Chamber is the largest known cave chamber in the world. At dusk, millions of bats leave the caves to begin their nocturnal hunt.

5. Osa Peninsula, Costa Rica At just 56 by 32 kilometres, Costa Rica’s Osa Peninsula is small but incredibly significant. National Geographic named it “the most biologically intense place on Earth” because this rainforest is home to 2.5 percent of the world’s biodiversity in just 0.001 percent of its surface area.

Visitors to the region can see more than 400 species of birds and countless exotic mammals, insects, amphibians, whales and dolphins. It’s also home to Costa Rica’s largest remaining population of jaguars and tapirs.

Along with jungle excursions, travellers can visit pristine beaches and explore Corcovado National Park, where they might glimpse the harpy eagle or one of Costa Rica’s big cat species. Ecotourism was practised in Costa Rica long before it became trendy. Several resorts in the Osa Peninsula offer unique vacation experiences in sustainable settings.

Sign up to receive updates about travel deals and offers, discounts, membership and so much more.

For more information, or to book your next vacation, contact us today!